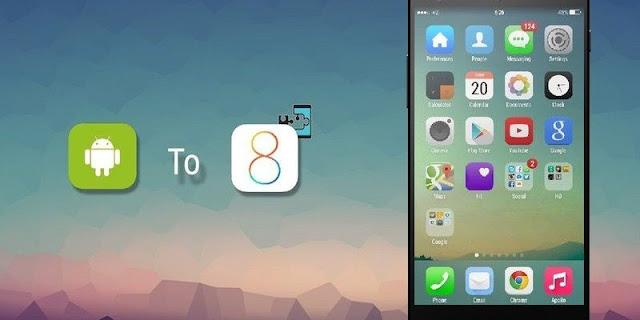 Visit Appetize.io on Your Browser

One of the easiest ways to run an iOS app on your Android device without installing any application is by going to Appetize.io on your phone’s browser. This is an online emulator which will launch an iOS like device, complete with the look and feel of an iOS.
1. Open your phone’s browser and visit Appetize.io.
2. When it loads, the screen below will be shown; click on the “Click to Play” button.

3. This then opens iOS, and you are able to run any iOS application here. To run your iOS app, you can upload it to the website, and it will be available for you to run.

The iEMU emulator is one of the best emulators to run iOS applications on Android. It can be easily downloaded, installed and used. To download it, click on this link and follow the steps below.
1. If you downloaded the apk file using your computer, you will need to transfer the file to your Android device. It will take roughly about 60MB of space.
2. Go to your Android device’s Settings, then navigate to Security settings and enable “Allow installations of apps from unknown sources.”

3. Navigate to where you have the iEMU apk file stored and tap on it to install.
After successfully installing the emulator, check the installed applications; you will see an application called AIO Downloader. (The second app on the screenshot below.) Tap on it to run it.
This app will enable you to download iOS applications and run them using the emulator. In my case I downloaded the iMusic application. Download the iOS application of your choice and enjoy running and using it on your Android device.

The only disadvantage associated with this emulator is that it only supports .zip and .ipas files.

Cider is another application that runs iOS applications on an Android device. This application was developed by a group of students who claim that both Android and iOS are running on ARM-run hardware. The application is still at the advanced research stage but works well. It, however, has one disadvantage compared to the iEMU emulator – it has no support for GPS, Bluetooth, or any other location services.
The first thing to do is download the Cider apk file. When the download completes, transfer the file to your Android device and install it.
On successful installation, go to your device’s app drawer and locate the Cider application. Tap on it to launch it. This opens the emulator where you are now able to download and run iOS applications.

Thanks to the above-mentioned applications, it is now easier to run iOS apps on an Android device. One thing to note is that not all iOS apps are supported, and you will have to use trial and error to see if the apps you want work on the phone. Enjoy, and let us know what iOS apps you really want that are not available for Android.